Our Mandarin Chinese students Joshua, Georgia and Domante will have you try out some new phrases in no time - and they'll give you a glimpse of Chinese culture, too.

Our students Domante (Chinese and German), Joshua (Spanish and East Asian Studies) and Georgina (Chinese and Japanese) will be sharing their love of all things Chinese with you. They are in the second year of their degree and say hello here.

To find out more about studying Chinese at the University of Manchester, head here. We study Mandarin Chinese - there are other varieties of Chinese, for example Cantonese. 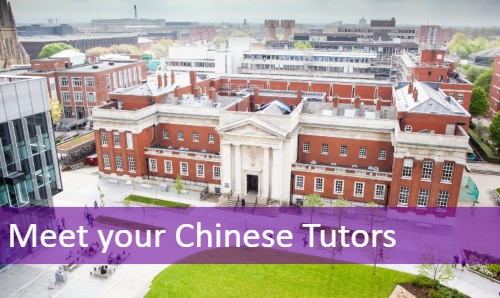 Ready to try some Chinese? It's rather different to some of the other languages you may currently be studying. Joshua's video on tones will introduce you to one of the main features that makes Chinese so different, so start there and maybe continue with Joshua's film on numbers and Georgina's video on self introductions. You can then work your way through the other topics in any order.

We have also collected some resources below - these include some of the links Georgina refers to in her videos, and some general Chinese language links.

Have a look at these links - some relate to Georgina's videos, some are general.