As a research student in French Studies you will enjoy a thriving research culture, supported by staff with specialisms stretching across history. 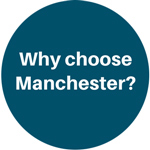 Benefit from creative professional development via a dedicated Graduate School and have access to one of the UK's leading research libraries, as well as the resources of the University's state-of-the-art Language Centre.

View our range of programmes, and the support available for our postgraduate researchers.

Our postgraduate research students benefit from a very wide range of supervision, thanks to the diverse expertise of our academic staff. We also have a strong record of success in joint supervision, allowing you to work with two supervisors who have complementary specialist fields.

Our team's research interests include:

Our research is interdisciplinary and wide-ranging, with a particular emphasis on the visual cultures of France and the French-speaking world.

Home to our postgraduate student community, the Graduate School provides a place to meet, access resources and organise events.

We offer postgraduate research supervision across our languages in collaboration with our Translation and Intercultural Studies experts.