Cultural Democracy: exploring the past and future of community arts

A lecturer from The University of Manchester's Drama department has been exploring the community arts movement in Britain through first a book and, more recently, a symposium to discuss the issues raised in her work.

Dr Alison Jeffers, Lecturer in Applied Theatre and Contemporary Performance, collaborated with artist Gerri Moriarty on their 2017 book, Culture, Democracy and the Right to Make Art: The British Community Arts Movement, which looks at the growth of inclusive community arts projects from the 1960s onwards and their impact on participatory art in the modern age.

Anyone who has ever encountered a community festival or educational project in a gallery or museum or visited a local arts centre could be said to be part of the ongoing story of the community arts.

Culture, Democracy and the Right to Make Art / Blurb

Alison and Gerri interviewed over 20 artists for the book, providing a unique insight into community arts practices that had become fragmented by the 1980s, losing coherence as a movement as a result.

Organisations such as Young Identity and FABULOUS Forgetful Friends were asked: 'Do people have the right to make art?'

One Fabulous Forgetful Friends member said: "I think everyone's got a right to express themselves. A lot of art is expressed through that individual's pain, it could be their happiness… There's a lot of emotion that can go into art, and that can be good and bad.

"But the most important thing is that that individual has had the opportunity to express themselves, irrespective of what age they are, what background they are from, or what condition or disability they've got."

Alison and Gerri hosted a successful symposium, Cultural Democracy: yesterday, today and tomorrow, in April 2018, which focused on the democratic methodologies highlighted within the publication.

The event included a screening of the film Action Space (2016), about an inflatable sculpture project founded in 1968, and a participatory theatre performance that explored the implications of cultural democracy in practice and was open to the public.

Attendees and speakers from various professions engaged within the conversation, held at the John Thaw Studio Theatre at the Martin Harris Centre. Discussions focused on the arts being more inclusive and accepting of class, ethnic background, and arts knowledge.

Manchester students were involved with planning and running the event, which helped them to understand the ethical questions that underpin community and participatory arts, contributing to the University's goal of creating socially responsible graduates.

A documentary film was also made by Drama alumni as part of the event. 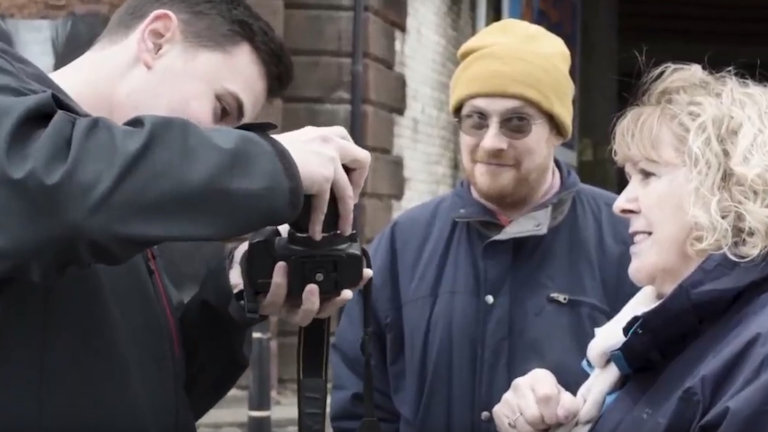 The University has collaborated with several organisations on this project, such as Young Identity, START, and Stone Flowers.

The symposium was supported by a Social Responsibility and Cultural Engagement Funding Award from the School of Arts, Languages and Cultures.