From our professional concert hall to the specialist studios in the NOVARS research centre, our facilities do more than help you learn: they open up new possibilities.

The Martin Harris Centre for Music and Drama was opened in 2003, following a £6 million investment from the university. As a result, students can take advantage of state-of-the-art equipment and resources, including the Cosmo Rodewald Concert Hall, The John Thaw Studio Theatre, the Lenagan Library and the John Casken Lecture Theatre, as well as specialist rehearsal and practice spaces.

Alongside an additional undergraduate computer suite in the Martin Harris Centre, a range of practise rooms are available, 13 of which include pianos, as well as an additional dedicated keyboard and percussion room. The department owns a complete set of reproduction Baroque instruments, which are loaned to students participating in the department’s Baroque Orchestra – an opportunity available to only a very small number of music students in the UK.

Beyond the Martin Harris Centre, the University of Manchester Library is a national research library with an extensive collection of scores, sound recordings, books and a huge range of electronic resources. The Alan Gilbert Learning Commons provides a state-of-the-art study space with meeting rooms, presentation facilities and computer facilities.

The Martin Harris Centre is located in the centre of the University campus, close to the Royal Northern College of Music, the University Library and the city centre.

Find out what's on at the Martin Harris Centre for Music and Drama and plan your visit.

Visit one of the world's finest collections of rare books and manuscripts.

Discover one of the largest university libraries in the country. 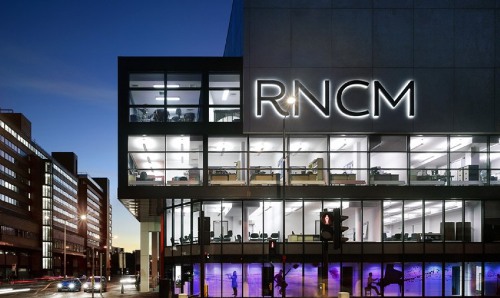 The Royal Northern College of Music

The RNCM is a vibrant live music venue and conservatoire located in the heart of Manchester. 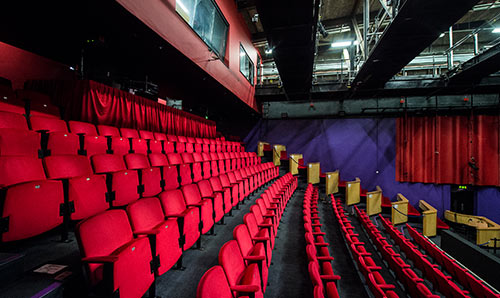 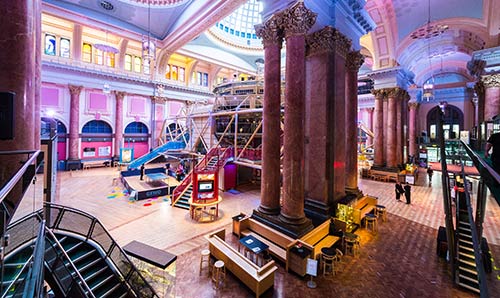 The hub of superb storytelling for Manchester and the UK. 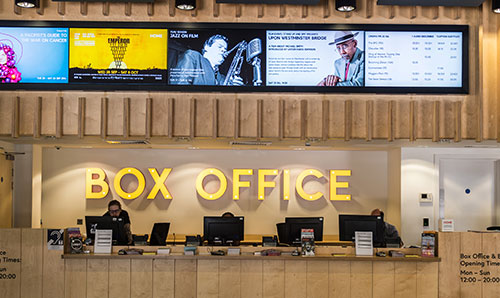 HOME is a centre for international contemporary art, theatre and film in Manchester.

Students have access to a wide range of state-of-the-art equipment and resources at The Martin Harris Centre for Music and Drama during their time studying Music at Manchester.

360 degree views of our performance spaces

(You will need Adobe Flash Player to view the links below)

In addition, the Martin Harris Centre houses the John Casken Lecture Theatre, the Lenagan Library, and a wide range of teaching rooms and specialist rehearsal and practice spaces, as well as the offices of the academic staff of both the Music and the Drama departments, and the ever-important Café Arts.

The NOVARS studios are well equipped with computer based digital recording equipment by top brands such as Yamaha, Emagic, Akai, Alesis, Max/MSP and GRM technology, as well as the latest Apple Macintosh computer workstations.

There are extensive practising facilities available, including rooms for individual practice and group rehearsals. They house a large number of good-quality pianos (including eleven grand pianos), a harpsichord, chamber organ, fortepiano, square piano and a Javanese gamelan.

The Music department also owns a range of orchestral instruments, and an impressive collection of early musical instruments – including a complete set of reproduction Baroque instruments, loaned to students who play in our Baroque Orchestra, Renaissance recorders, crumhorns, cornetti and a chest of viols. A suite of electronic pianos is available for harmony work and keyboard skills.

Students have access to a wide range of music books, scores, reference tools and recordings in various libraries such as The Lenagan Library, The University of Manchester Library, John Rylands Library, The Henry Watson Library and many more.