Our fieldwork will enable you to develop a detailed understanding of past societies.

The thought of fieldwork may bring to mind images of trowelling away in trenches. In reality, it doesn't only mean excavation. Fieldwork includes a wide range of reconnaissance methods, including:

Fieldwork is offered to all students on the Single and Joint Honours programmes with Archaeology – most of this is fully funded for four weeks: two in the first year and two in the second year, though students can volunteer to participate in more projects at their own expense.

We use a range of fieldwork methods that involve working with other people. These include oral history, ethnoarchaeology, ethnography and visitor surveys.

As a result, archaeological fieldwork will provide you with a wide range of skills. Most of these skills are also transferable to other professions.

Undergraduates are introduced to fieldwork in the 'Introduction to Archaeological Practice' course unit.

This core training will continue throughout your degree. This includes the second-year 'Fieldwork, Practice and Interpretation' course unit, and the third-year 'Theory and Practice in Archaeology' course unit.

What does fieldwork involve?

During term time, courses are delivered through lectures, field trips and lab practicals.

In summer, you can attend a range of archaeological projects. Here, you will receive further fieldwork training. This training will enable you to apply what you have learnt.

Single honours students must undertake two weeks of fieldwork at the end of their first and second year.

Fieldwork is an important opportunity to learn archaeological field skills in practice. You will also be able to develop a wide range of transferrable skills.

It is also a fantastic opportunity to get to know staff and students from the department. You'll also meet experts who work in other areas of the archaeological profession.

Where can I do fieldwork?

In previous years departmental staff have also directed excavation and survey work at:

Students from The University of Manchester have had the opportunity to work on all of these projects.

Each year, the curators of The University’s own museum accept a few students on museum placements, working front-of-house helping to create exhibitions, behind the scenes in the archives and volunteering in public outreach activities, for a very different kind of fieldwork experience

In addition, some students might want to travel abroad or find their own fieldwork project close to home. We will assist with the financial costs of these alternative placements once approved by our fieldwork officer.

Learning outside of the classroom

Not all your study will take place in lecture theatres and libraries. Watch the video below to find out about just one of our many field trips to sites, exhibitions, museums and galleries which help bring the past to life.

Some of these are run and guided by staff, whereas others are organised by students who can apply for small grants to cover their travel costs, such as the field trip to Rome. 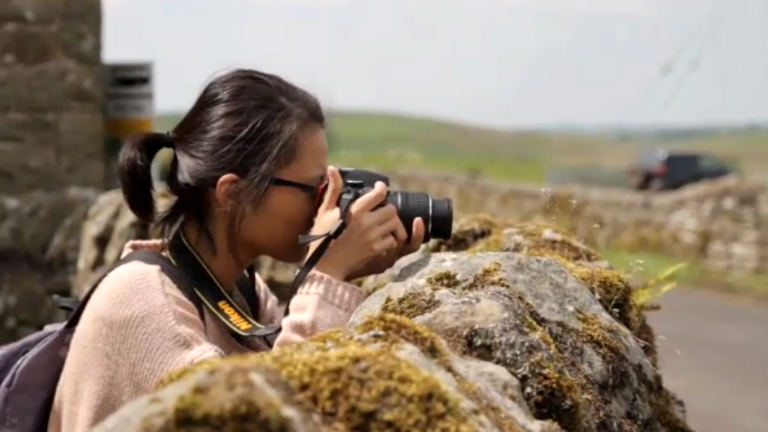 Explore some of the fieldwork that our students and academics are currently involved in.

The Ardnamurchan Transitions Project is a multi-period excavation and landscape survey project which has been running since 2006 in one of the most remote and beautiful, parts of the west coast of Scotland. Because it is so remote the preservation in our study area is unrivalled and the project has discovered and excavated sites ranging from those as early as the tombs of the first farmers and first metal workers in Britain (dating to between 6,000 and 4,000 years ago), to evidence for the Highland Clearances which took place as recently as the 1850s. One of our most famous finds is the only Viking boat burial to be excavated on the UK mainland. This has subsequently been part of an exhibition at the British Museum.

Led from Dr Hannah Cobb, in collaboration with colleagues from other universities and institutions, the project places a firm emphasis on both working with the local community and on training archaeology students. We played a key role in designing the Archaeology Skills Passport, and in 2014 we were awarded the Archaeology Training Forum award recognising our excellence in training. We have trained over 200 students since we began 15 years ago and we are proud that many of these wonderful archaeologists are now employed across the archaeology and heritage sectors (and beyond!).

Since 2011, the Beneath Hay Bluff project has been engaged in an intensive investigation of Dorstone Hill in southwest Herefordshire. Led by Prof Julian Thomas, its excavations have demonstrated that the three long mounds arrange end-to-end on the hilltop are of Neolithic date, and that all three contained mortuary structures of one kind or another.  All three of the long mounds had been constructed over a core of burnt material, which was eventually identified as daub, containing the charred structural timbers of three wooden-framed buildings. In 2016 to 2017, an extensive magnetometer survey of the hilltop revealed that there was a causewayed ditched enclosure located on the southeastern extremity of the hilltop, and this was investigated in 2017-19. Involving students not just from Manchester but many other universities, this ongoing project will explore not just this complex but other Neolithic sites in the area.

Since 2018, a team lead by Dr Nick Overton and colleagues Dr Barry Taylor and Dr Amy Gray-Jones from the University of Chester have been excavating the Early Mesolithic site of No Name Hill, North Yorkshire. This has been revealing remains of Britain’s last Hunter-Gatherer groups, dating back over 10,000 years. In the Early Mesolithic, No Name Hill was an island within Lake Flixton, under 1 mile from the famous Early Mesolithic site of Star Carr, and the site Dr Overton and the team are excavating is a section of the shore on the North-West corner of the island.

The past two excavation seasons have revealed evidence of hunter-gatherer activities in the lake edge, including the butchered remains of red deer, elk, wild boar, roe deer and aurochs (which are giant prehistoric cows), flint tools, and most excitingly, a two barbed antler points. Only 247 of these have been recovered from the British Mesolithic, and 228 were recovered from Star Carr, making this No Name Hill point a very rare, and very exciting artefact! In the 2019 season, the team identified a dense concentration of animal bone, stone tools and wood deposited in the edge of the lake; in 2020 they are planning to return to fully excavate and record it, and reveal another story of the Hunter-Gatherers that lived in Britain over 10,000 years ago.

How our Travel Fund supports our students

Anh and Leo discuss how CAHAE travel grants allowed them to visit sites abroad in connection with their study.